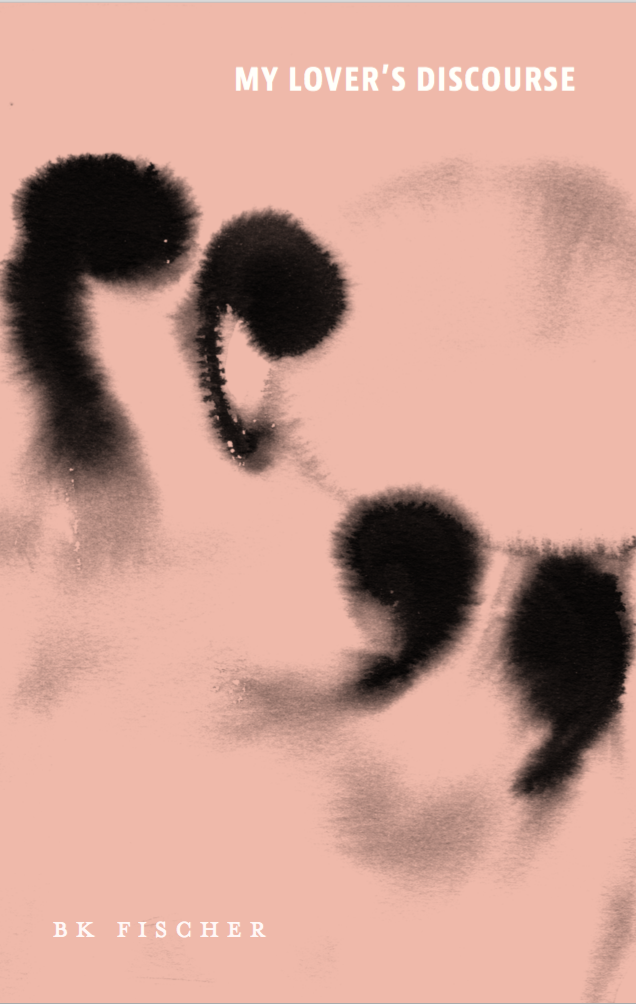 My Lover's Discourse is a gripping work of erotic meditation, distillation, and splurge: here we move among reminiscence, divagation, lyric, and indeed a brief drama starring Adam and Eve, as the poet takes wing from and wittily, soulfully torques Roland Barthes. Fischer writes a voluptuous poetic philology—an inquiry into and vertiginous voicing of girlhood and emergent womanhood, of kitsch pathos and adolescent fumbles; of relationships shattered, ingathered, illumined; of landscape, riverscape, myth and film. This lover's discourse is funny, tender, propulsive, brainy. Fischer's poems pop with their vernacular verve: this verse "affirmation, American and feminine," surges with a brio both erudite and snappy. From Latin tags to a grandmother's drawers, from botany to penises to Greek goddesses on the Hudson River, Fischer weaves her singular net, holding multitudes.

BK Fischer splits Barthes at the root. Here is a lover's discourse that is "female, American, and tacky," which is to say: audacious and feminist and tactile. Limber catalogue, lexical triple axel, My Lover's Discourse takes up and takes down conventional approaches to definitional, dialogic, and ekphrastic—that is, relational—forms. Her language is en pointe and back handspring and perfect dismount, splitting the sides of its skirt so it can break into a run. "Naturally," she writes, "the girl can do the splits both ways." Here is a love letter not simply to Barthes or to a feminine mode of amorous address but to language itself: language split at the root, as the lover from her beloved, intimately known by and through its split state. Language the skin she rubs against, and language, in turn, aroused, tingling, and flushed by her deft and playful touch.