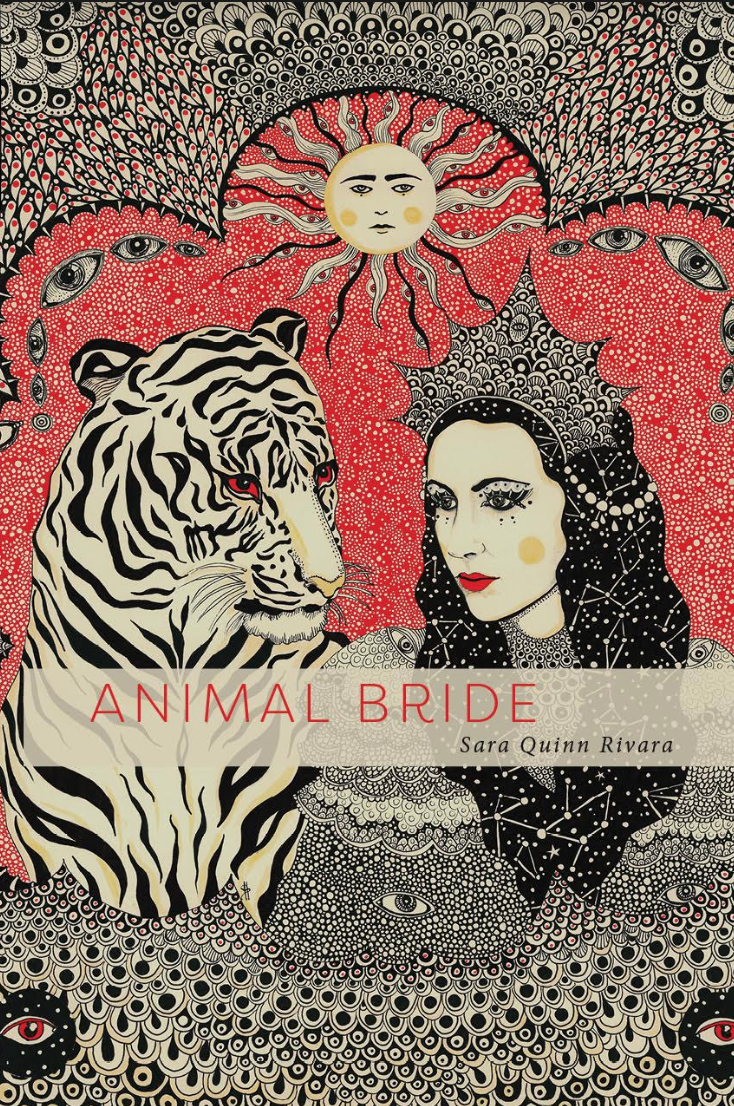 “Not the drowned girl but the swimming one,” Rivara writes in Animal Bride. These poems are written at the crossroads of womanhood: to be a woman in captivity or a woman breaking free. Like a 21st century Persephone, the woman at the heart of Animal Bride journeys out of the underworld of a violent marriage to find strength in her animal self. Bride, wife, mother, lover—Rivara wrestles with many forms of being female, and summons the natural elements of fire and ice, air and water, to become a shapeshifter. I found myself reveling in the lyric energy

of these lines, and how the voice grows brasher, more authoritative, more courageous. Poem after poem, there’s a gathering strength and resilience. This is a powerful story of womanhood and transformation—between hell and hope, fear and freedom, silence and singing.

“Listen: Living takes such courage,” confides Sara Quinn Rivara in Animal Bride. These poems are relentless, shaped in fire and spoken as resurrection. They delve into the dark, the feral, the fierce transmutations needed to break from the cold waters of a disastrous marriage, to become, finally, oneself. Their motivation: a ferocious love for the speaker’s son and, eventually, herself. Their mechanisms are myth and fairytale—Persephone’s escape from Asphodel; a baby “half wolf, half bird ... mouth like an open wound.” And their language is a knife-edged liturgy—words risen blazing from the ruins, “overcome with blood, with blossom.”

Sara Quinn Rivara’s poems have been nominated for the Pushcart Prize and won the inaugural Lake Prize. She is the author of one previous chapbook, Lake Effect. Also a semi-professional classical singer, Rivara grew up in Chicagoland, lived for many years in Kalamazoo, Michigan, and now lives with her family in Portland, Oregon.