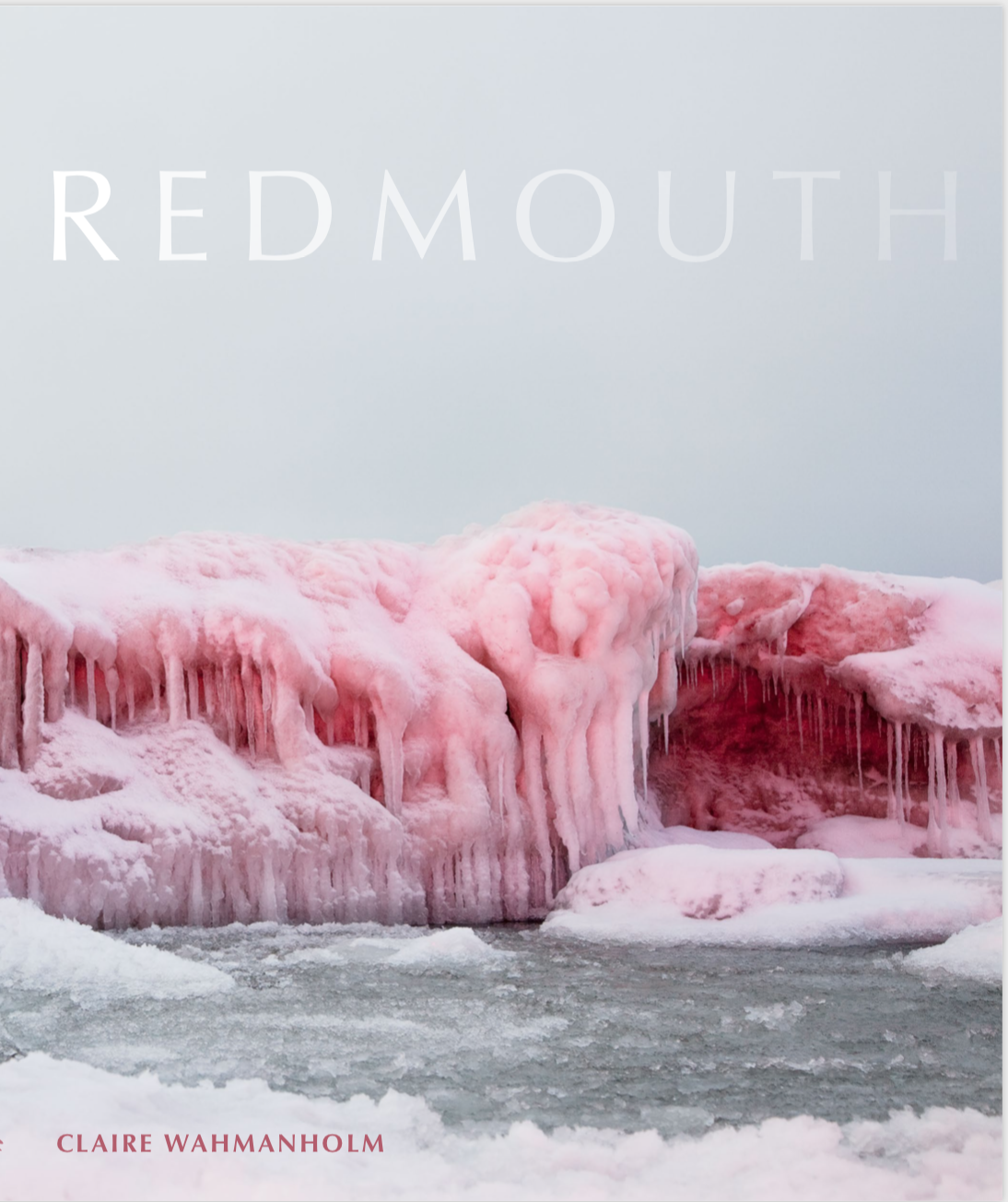 Claire Wahmanholm’s book, Redmouth, is grief-stricken. But how does the poet make grief so beautiful? Who knew the language of grief could be stricken itself with the language of beauty? Here the deer have disappeared but when the speaker closes her eyes, she “can see them/licking the coats of their fawns, anchoring/their spots to their fur to their bodies to the forest floor.” There’s simply no doubt that Wahmanholm is a poet because language is the center of all of her work, whether it is describing a decayed world where “mountains have unraveled into sand” to the stripping away and lifting out of language in the equally stunning erasures sprinkled throughout this book. Yes, darkness razors across these poems, but what comes out of the experience of reading is beauty. I don’t know many poets today who can write such beauty into such devastation: “The children’s hair lies dewy on the hillocks of their heads/until shreds like cornsilk come off in the breeze.” Gorgeously rendered, devastatingly stunning.

Claire Wahmanholm’s Redmouth is singing. In these poems, Wahmanholm again and again proves that music intensifies not only emotions, but also ideas: “I carried a groan in my throat. Mostly it sat silent, but at night / I untethered it note by note. It pillared above me in the dark, / curling into the shape of a dog, a horse, a goat. It made a moat around me.” This is a poetry of the greatest skill; this is a book that could make a person who had never cared for poetry before want to write it.

Claire Wahmanholm’s Redmouth is a book of lush privacies, of “lamb-lioned” promises (the sort that grief makes, always disingenuously). “The doe [is] a torch in the garden,” she writes at one point—or excavates, in one of a series of bravura erasures. Wahmanholm is the purest of lyric poets, if purity can be reconciled with the creaturely—which is, perhaps, the work that Redmouth most aspires to. Each poem here is a small, glittering emblem commemorating that effort.

“Let all/ Headlong fall from this/ song,” Claire Wahmanholm urges in her prophetic and sonically-lush second collection of poems, Redmouth, which blooms — singing — out of the void. As the poet brings us to “the nightside/ of the heart,” words whirl into worlds, from sunrise’s “quartz-cold tongue” to a beloved’s absence, which “clings to the undersides of leaves like chrysalides.” There are disappearances in this book: the names of what we love most are driven “to the edge of a cliff” and the author even imagines molting from her own name, eating it, “crushing that sorrow gently into my jaws.” But there are also risings from the darkness, from a world left fallow: “If of sunflowers.”

Save this product for later
Display prices in: USD
bottom of page